CAMBODIA #phnom penh #killing fields
PHNOM PENH From Saigon I took an overnight bus to Phnom Penh, Cambodia's capital and largest city. I'd taken Asian 'sleeper' buses before, which aren't bad. Instead of seats there's a lower level and upper level of 'beds', though your head rest is slightly raised so that the feet of the person behind can fit under. This bus was billed as a 'hotel' bus and was even better. There were still upper and lower levels, but you got your own private room with curtain for privacy and your bed was completely flat. I only spent a few days in Cambodia, it was really just a stopover on my way to Thailand. The city seemed to be under a lot of construction. It will be interesting to come back in a few years and see how it has all changed. KILLING FIELDS CHOEUNG EK KILLING FIELD Cambodia, formerly part of French Indochina, achieved independence from France in the 1950s, becoming the Kingdom of Cambodia. However, a civil war broke out in the 60s between Royalists and Communists, leading to the fall of the government and the creation of the Khmer Republic under the Communist Party of Kampuchea, known in the west as the Khmer Rouge (Red Khmers). The Khmer Rouge was in power only for four years, from 1975 to 1979, but in that short time they were able to empty nearly all the cities and towns of people in an attempt to turn Cambodia into an agrarian utopia. City and town folk were forced into the countryside. But because most of them were educated, spoke foreign languages, or had been involved in small businesses before the revolution, they were never fully trusted. This created two classes: the "old people", the villagers who had grown up in the countryside (and who were the strongest supporters of the Communists) and the "new people", those forced to move to the farm villages from the now empty towns and cities. The "new people" were segregated from the "old people" and despite being the majority were treated as forced labor in the name of re-education, given smaller rice rations (and nothing during periods of famine), and because their work brigades were segregated by age and and gender, often separated from their families. But that was only the beginning of their problems. They could also be executed without trial and within a mere four years the Khmer Rouge executed 1.7 million of its own people, nearly 25% of the population at the time. As in the Soviet Union, ethnic and religious minorities were particularly targeted, given that they had a group identity that went beyond just the generic communist worker, but in reality anyone with an education, a former business, or who just upset a rural villager that day could be executed, along with their children for the leaders of the Khmer Rouge were very mindful of children growing up to take revenge for the death of their parents. People of Vietnamese or Chinese origins were particularly brutally targeted, as historically those groups had been very successful business leaders in the country (like Jews in Germany, they had been used as propaganda to grow the movement, blamed as the culprits of all the villager's economic woes). The executions took place systematically, in fields placed all over the country, now called Killing Fields, where detainees were often killed with farm implements to save on bullets, then buried in mass graves. Vietnam invaded Cambodia in 1979 and toppled the Khmer Rouge, putting an end to the killing. Vietnam controlled the country for about a decade before the United Nations took over with the Paris Peace Accords and reinstalled the former king (who had been managing a government-in-exile) though with a requirement for democratic elections which took place in 1993. 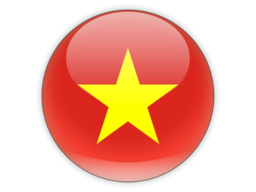 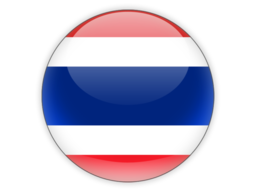